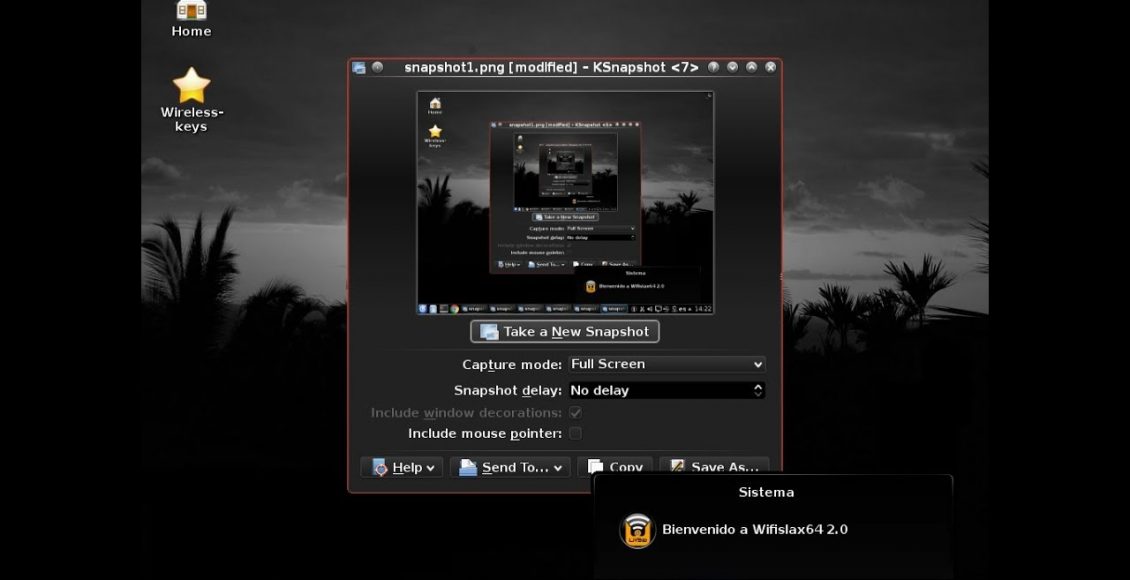 Wifislax is free tool that allows you to test your WiFi security by accessing passwords quality, MAC changes, wireless configuration, automatic connection,  networks cookbook, decryption, and also Bluetooth scan.  It has a set of tools including drivers and functionalities that support the wireless card chipsets.  It is presented in both English and Spanish.now, other laguages are added  It.

Wifislax is a powerful tool to avoid being hacked while using WiFi.  It is freeware. It is convenient and easy to use.  Both English and Spanish languages and other languages are supported.  Everything you need is included in the download. You can burn it in a USB drive or DVD. You can install it in the hard drive of your computer. YouTube video is available for assistance in installation and use.  The tools can be customized to suit your needs.

WiFiSlax includes a long list of security and audit tools ready to be used, among which are numerous port and vulnerability scanners, tools for creating and designing exploits, sniffers, forensic analysis tools and tools for wireless audit, as well as add a series of useful launchers.

It has a large integration of several unofficial network drivers in the Linux kernel, and gives immediate support for a large number of wired and wireless network cards.

WIFISLAX has released a new version 64-2.0

how to increase volume on android phone